Following my interest on the intersections of design and activism I wanted to carry out a collaborative project that would bring them together, and would allow me to design »with« people instead of »for« them. I made contact with Todopoderosa and SatéliteLAT, two collectives that fight for an increased participation and visibility of women* in the music industry in Colombia and Latin America.

The first action was to find a way to include decision makers from the industry (mostly men) in the gender parity conversation. We made a direct action at Circulart, one of the most important music fairs in Latin America, and developed different strategies to carry out discussions with different actors in the music industry. One of these actions was a guerrilla poster-survey campaign in which we asked people to anonymously express their opinion and tell us about their experience in the music industry in relationship with their gender identity. Placed in the public spaces and restrooms of the venue, after some hours the responses started to show some similarities and patterns in the answers by women, diverse people and men.

This project was part of my Master Thesis in Visual Strategies and Stories at the Burg Kunsthochschule WS19/20 supervised by Prof. Andrea Tinnes and Pierre Fané-Parré. Since this project began I became part of the Todopoderosa collective and we are currently finishing the programming of the platform and looking for funding to continue to improve it. ***Project nominated to the Giebichenstein DesignPreis from the Sachsen-Anhalt Art Foundation, winners to be announced in November 2020 🌈***

*Please note that we understand and use the word women in a vast way meaning cis-women, trans-women and everyone who identifies as a female. 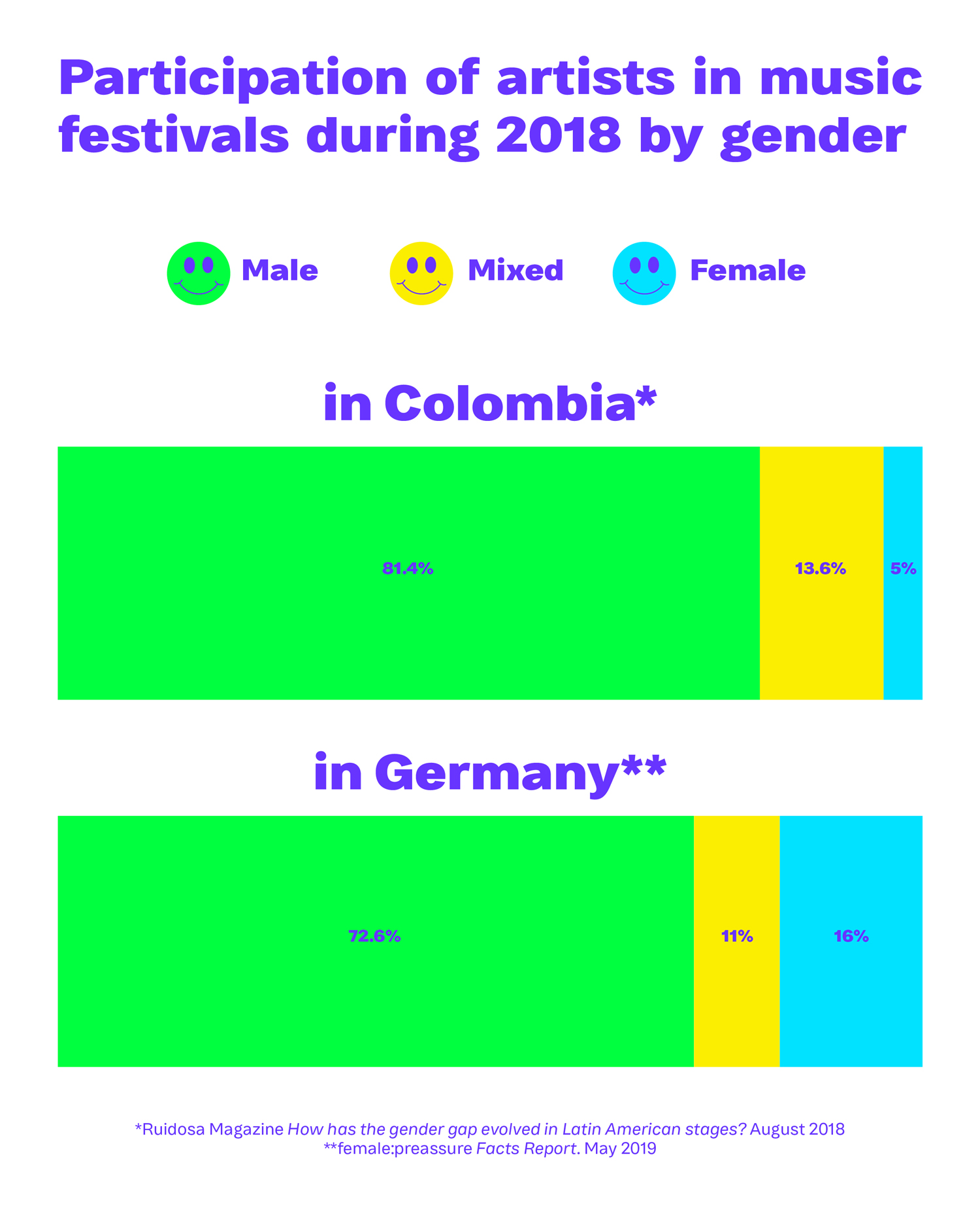 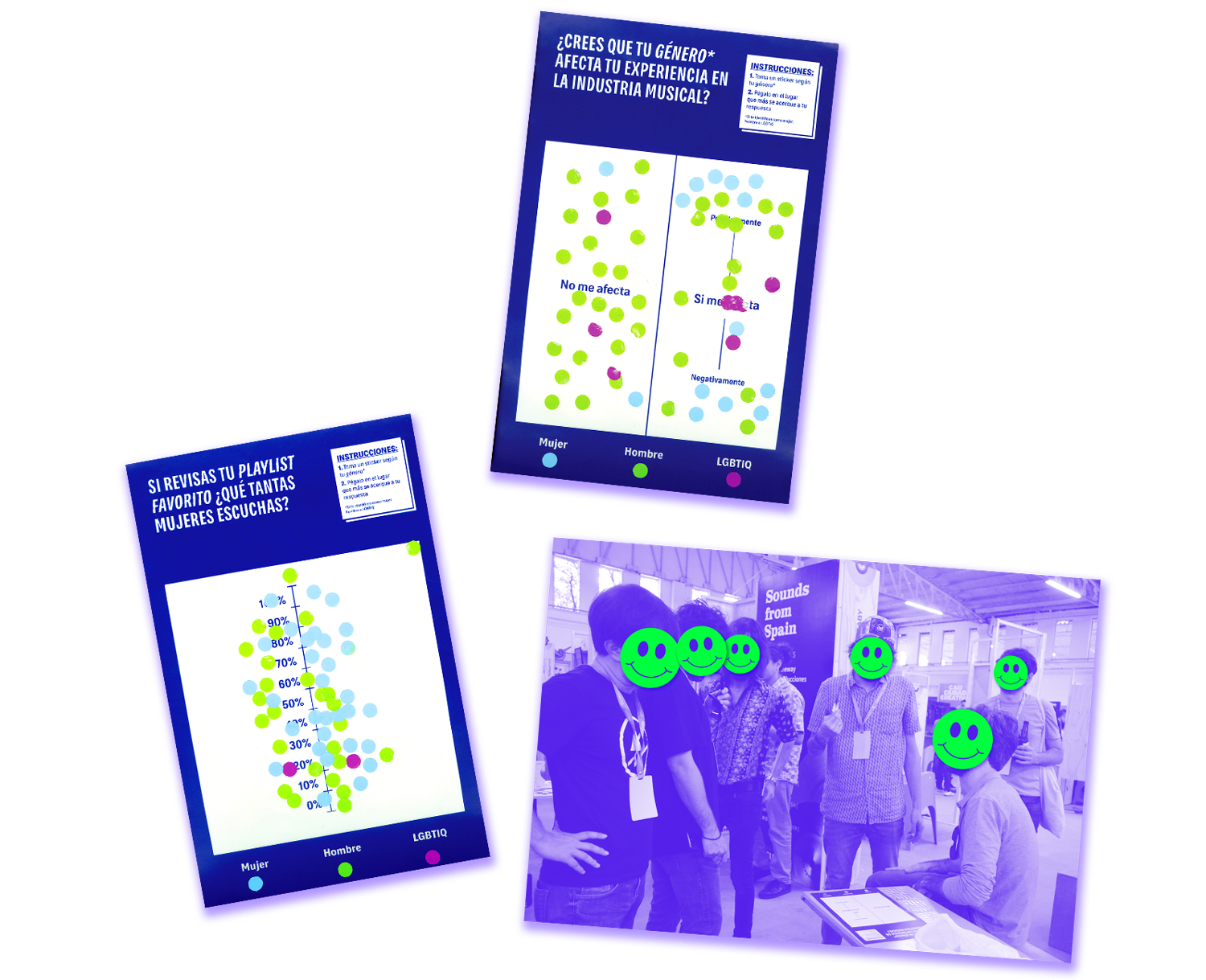 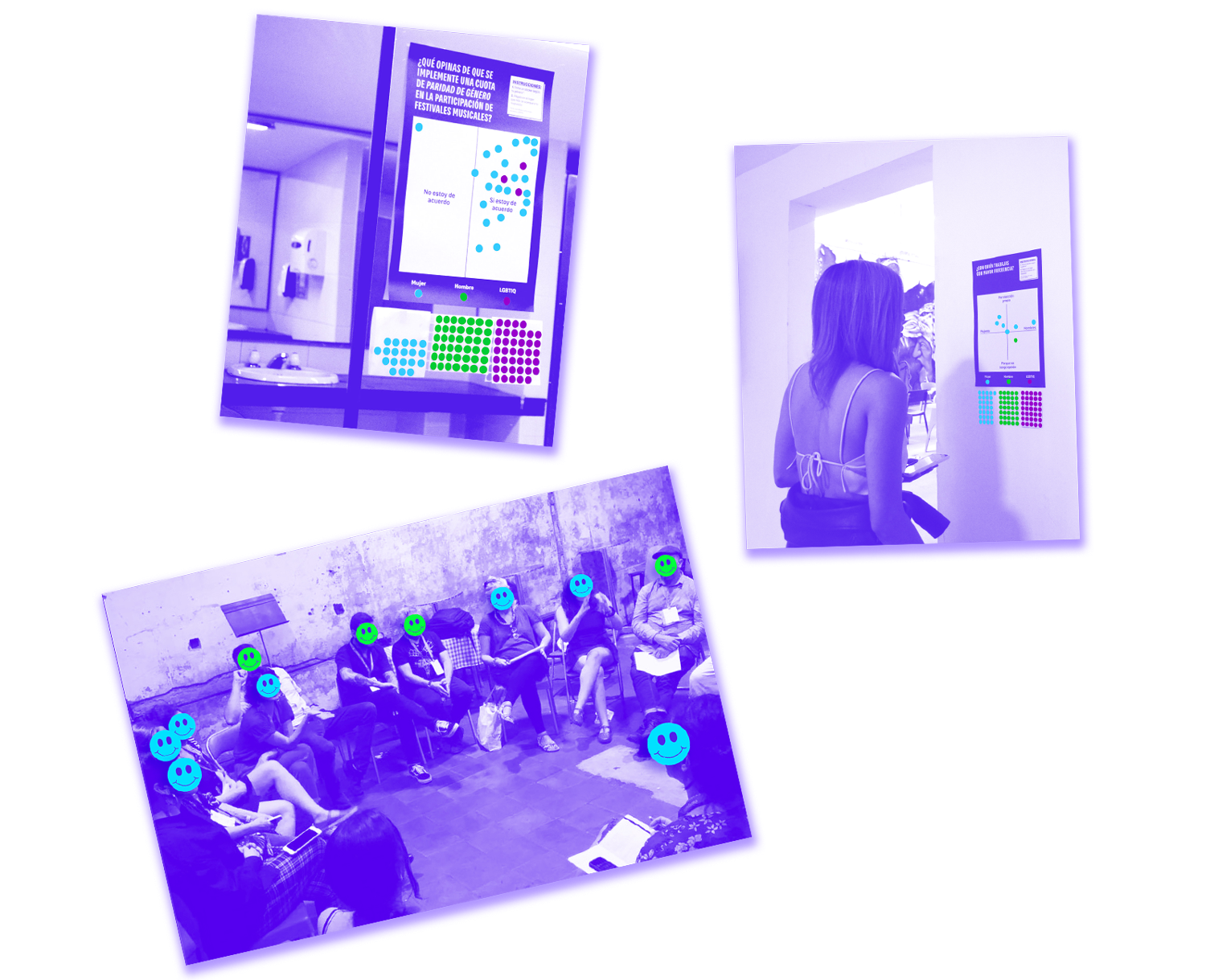 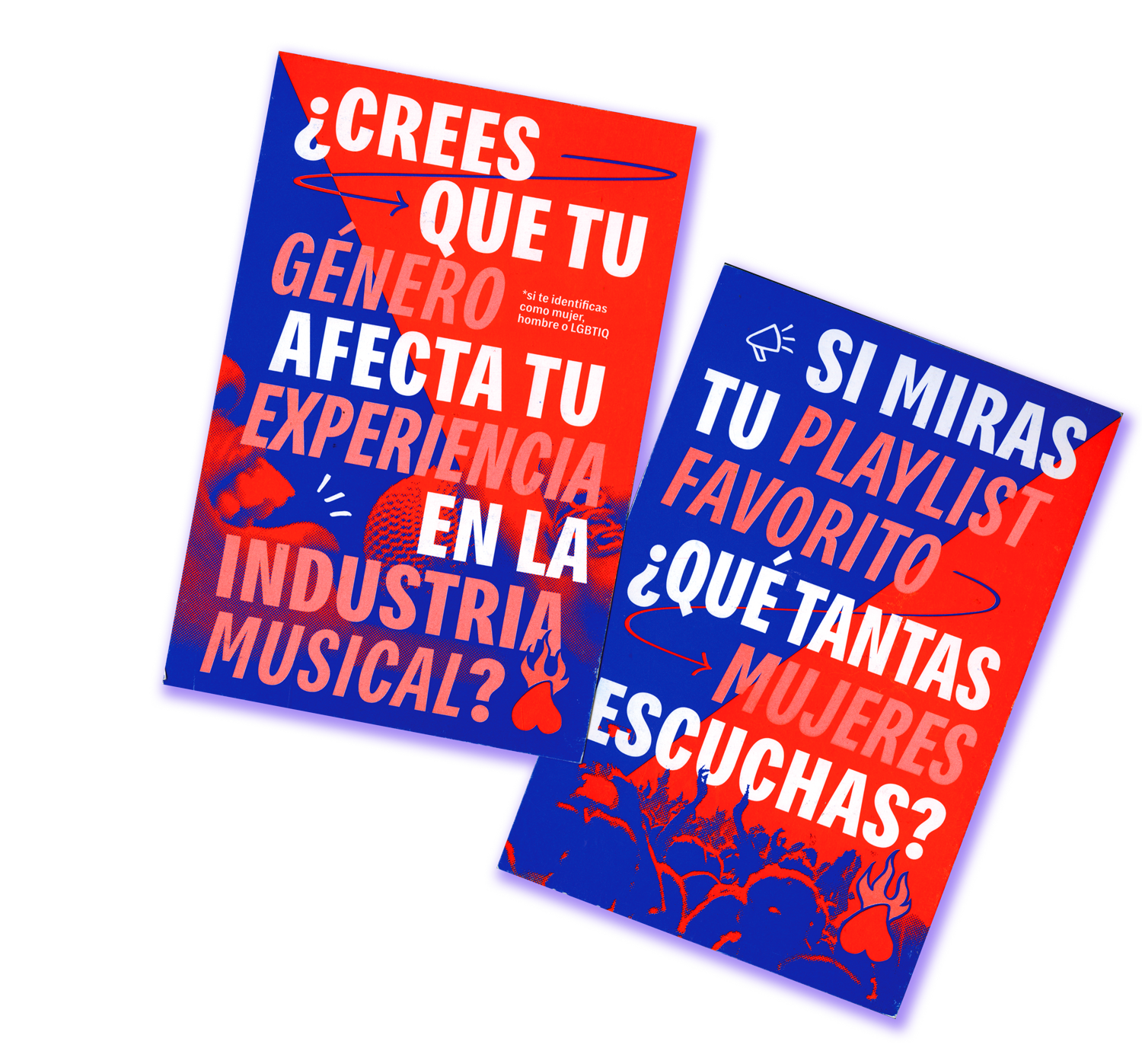 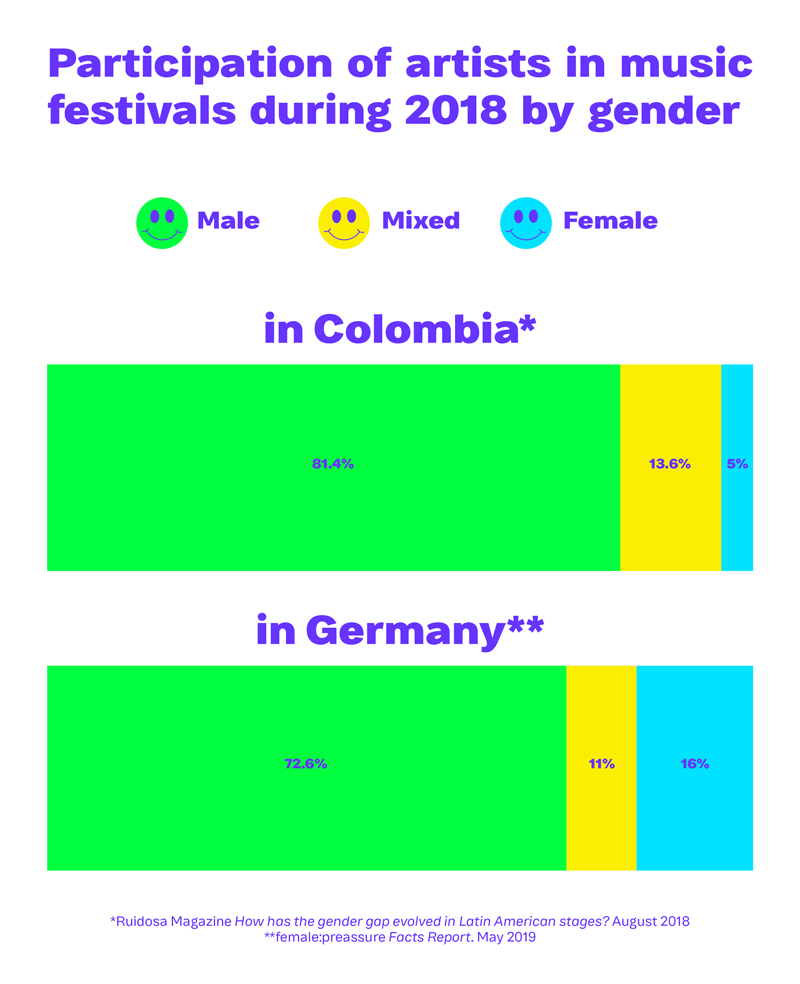 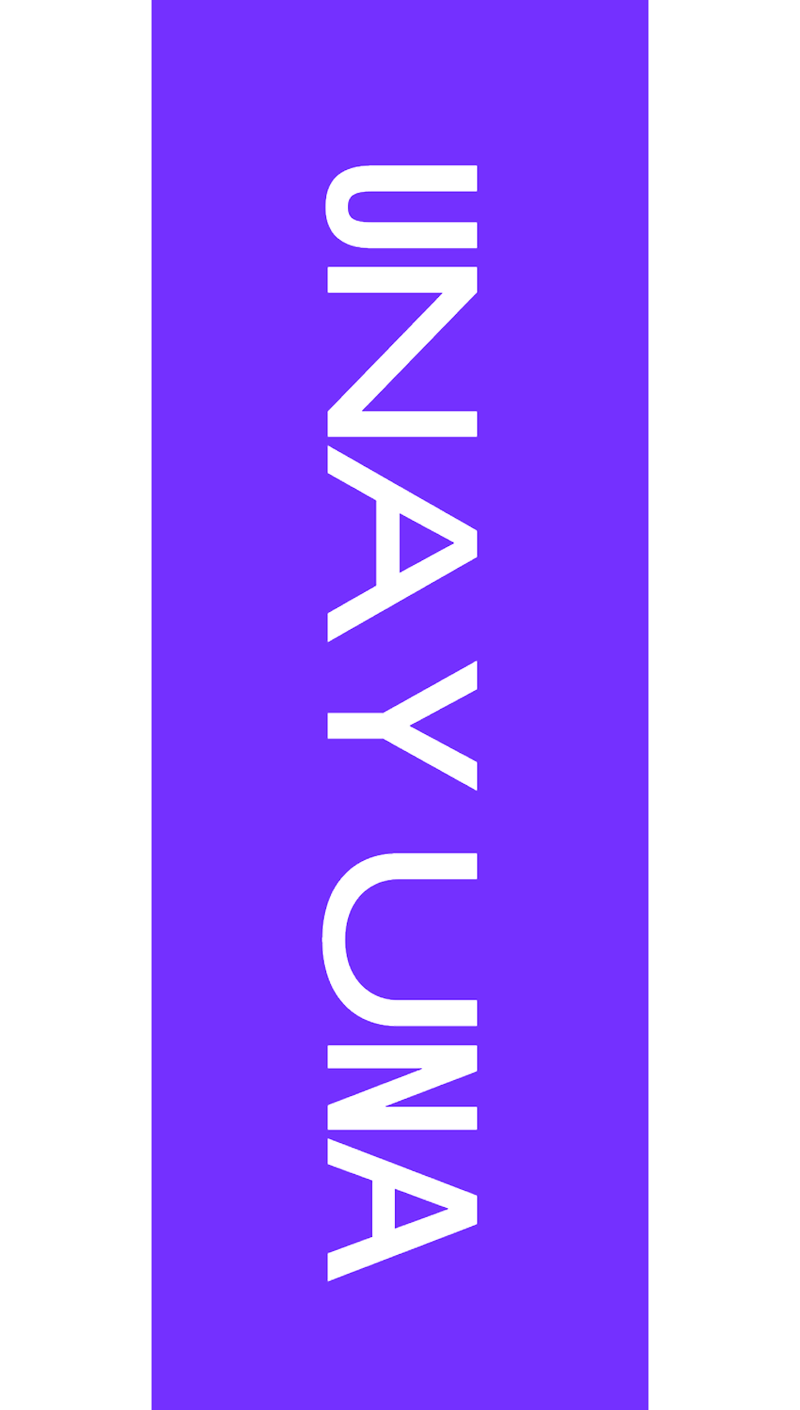 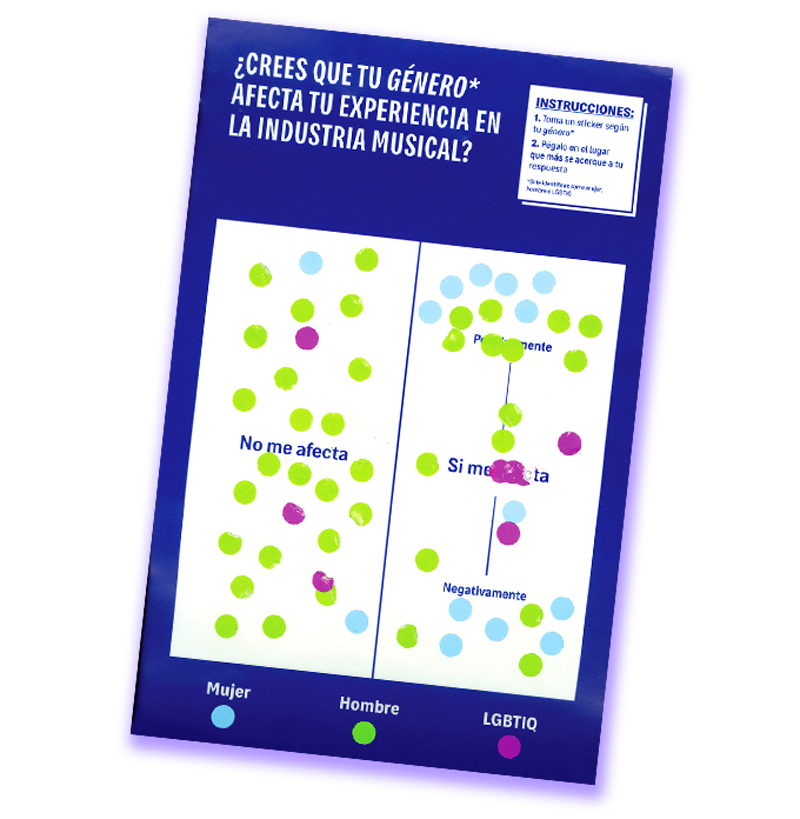 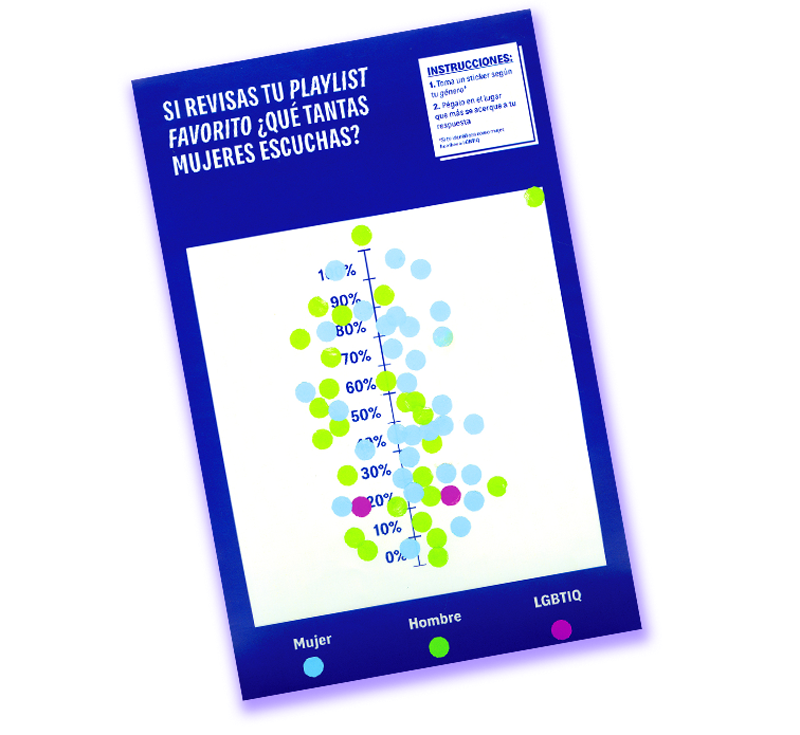 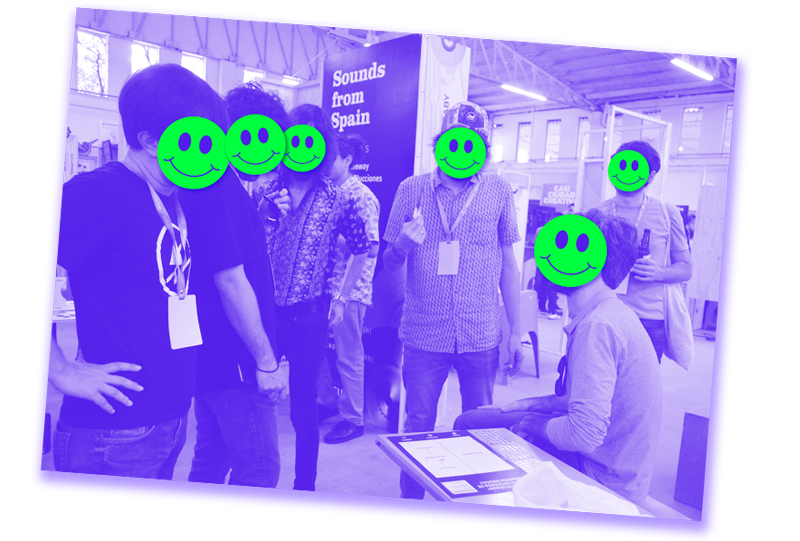 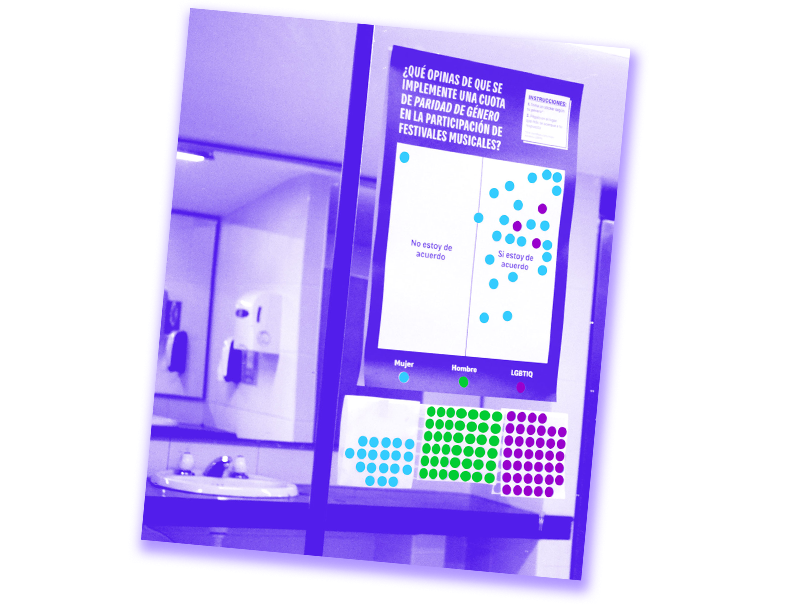 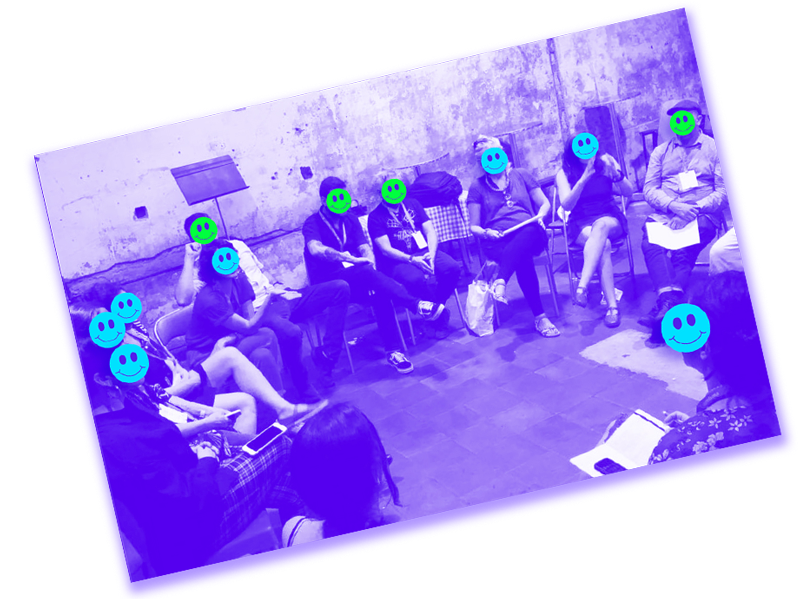 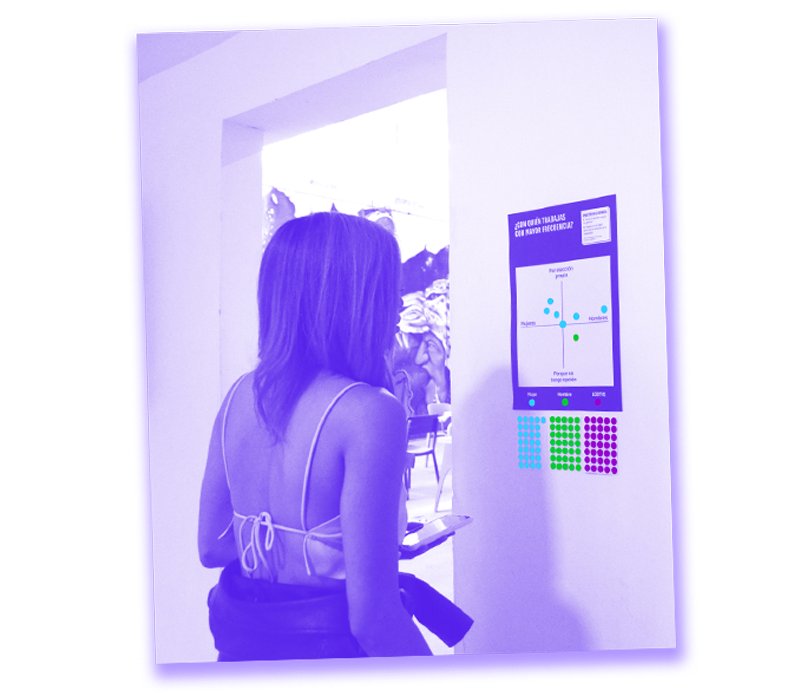 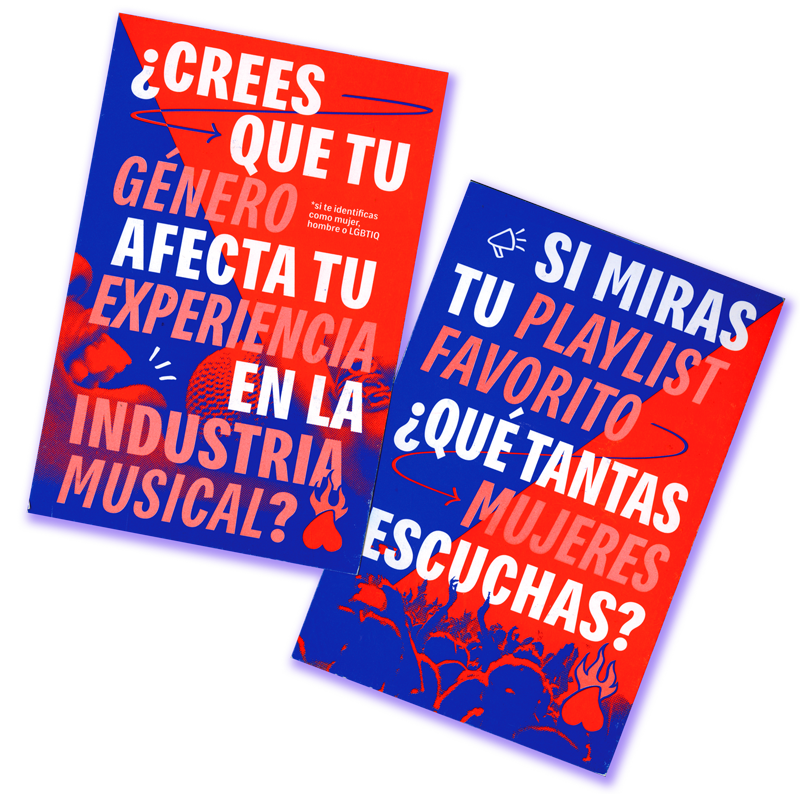